TOP  >  Search of Hydrogenase and Nitrogenase 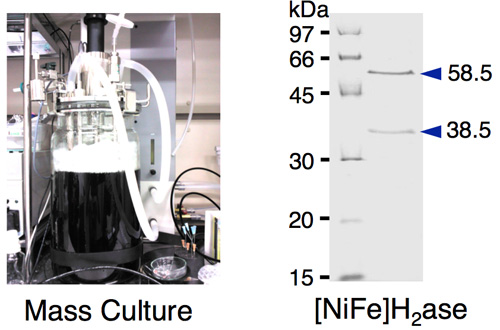 From Aso Spring (in Kyushu) Our laboratory has succeeded to isolate the new filamentous Thermophilic cyanobacterium, "Citrobacter sp. strain S-77(AB668058)" and and find the new "Hybrid type Hydrogenase " which has the high hydrogen activity and Oxygen stability.
And we found the [NiFe(Se)] hydrogenase which has new iron-sulfur cluster from the sulfate-reducing bacterium.